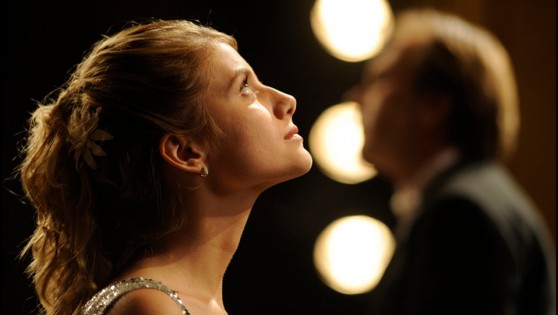 Director: Radu Mihaileanu
France 2009
119 minutes
Cert: 12A
In 1980 Brezhnev-era Russia, Andrei Filipov lost his position as conductor of the Bolshoi Orchestra because of his refusal to fire the Jewish musicians. 25 years later, he works as a janitor at the Bolshoi concert hall. It is this job that allows him to intercept a fax requesting the Bolshoi Orchestra’s talents at the Theatre du Chatelet in Paris. Andrei seizes the opportunity to feign his way into a comeback and, organizing his rag-tag ensemble of old musician buddies, he accepts the Paris invitation under the guise of the current orchestra.

Though tensions between East and West are apparent, sometimes even prominent, throughout the film, director Radu Mihaileanu (acclaimed writer/director of Live and Become) deftly treats them with humour and a fable-like exaggeration. The strength of the story lies in its ability to treat these old wounds with a comedic tenderness.