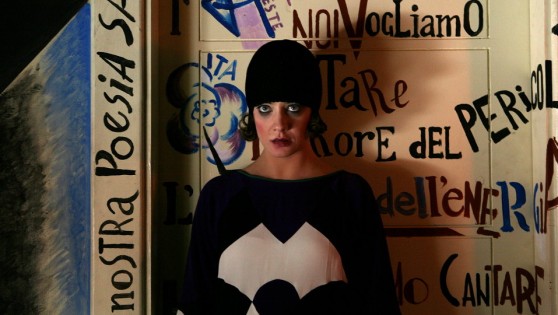 Director: Marco Bellocchio
Italy 2009
128 minutes
Cert: 15A
Mussolini's early life provides the grist for a major examination of the dictator in this brilliantly directed film. With decades of cinematic experience behind him, as well as a filmography that includes some of the most important post-war Italian films ever made, Bellocchio is well prepared for this challenge. Vincere stands as a model for anyone setting out to capture the flavour and essence of a famed historical figure.

Choosing to focus on Mussolini as a young man, before he became Il Duce, allows Bellocchio to grapple with some little-known details about the dictator's life, indeed the great secret of his past: early on, he had a wife and a son, both written out of the historical record and denied recognition.

Bellocchio superbly dramatizes this story while skilfully weaving astounding archival footage into his narrative, moving from the intimate, hot-blooded relationships to the stirring newsreels of the period as relationships disintegrates. The film has been a revelation for Italians, not only confronting them with the image of the Duce – seen strutting in full-screen bravado – but also provoking comparisons, vigorously denied by Bellocchio, between Mussolini and Italy's current prime minister, Berlusconi. This is serious, intelligent filmmaking of the highest order.