The Girl with the Dragon Tattoo

The Girl with the Dragon Tattoo 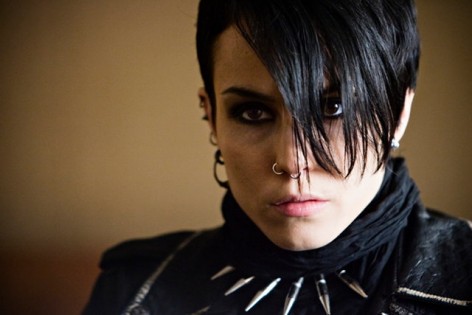 Dir: Niels Arden Oplev
Denmark / Sweden 2009
152 minutes
Cert: 18
Faithfully adapted from the first of Stieg Larsson's Millennium trilogy of crime novels The Girl With the Dragon Tattoo unites Mikael Blomkvist (Michael Nyqvist) investigative journalist and editor of the left-wing Stockholm-based journal Millennium, and the abused, bisexual working-class punk Lisbeth Salander (Noomie Rapace), an ace researcher and computer hacker. They're involved in tracking down a rich, elderly business tycoon's niece, who disappeared as a teenager 40 years previously. Their quarry is the white ewe of one of those corrupt, arrogantly rich Scandinavian mercantile dynasties familiar to us from the plays of Ibsen and recent movies such as Festen.

The film is packed with the authentic, quirky detail that informs Henning Mankell's Wallander books and the Swedish TV series based on them, though the ultimate pay-off is relatively commonplace. The two leads are immensely attractive and one looks forward to seeing them again in The Girl Who Played With Fire and The Girl Who Kicked the Hornet's Nest (both of which are in the can). Eric Kress's photography is in a fine Scandinavian tradition and the supporting cast includes some highly familiar Swedish and Danish faces.