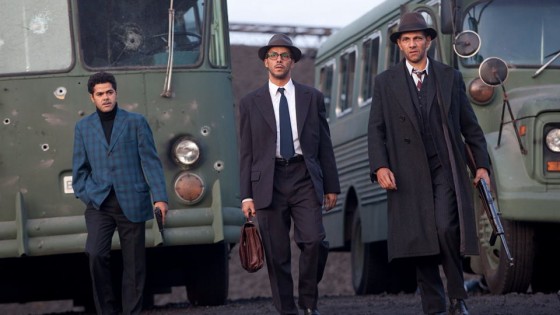 Director: Rachid Bouchareb
France / Algeria 2010
127 minutes
Teastas: Club
The still highly controversial colonial war that France fought in Algeria from the mid-1950s until the granting of independence in 1962 has only been patchily reflected in the cinema. Now we have Rachid Bouchareb's gripping Outside the Law, the centrepiece of a loose trilogy covering the North African experience from the 1920s to the present. Five years ago Bouchareb made the powerful Days of Glory (aka Indigènes) about the North Africans recruited to fight for La Patrie during the second world war and the way they were used, humiliated and cast aside when the war ended. In Outside the Law he focuses on the three Algerian Souni brothers, played by the same actors who were joint recipients of the best actor award at Cannes for Days of Glory.

The handsome, impetuous Messaoud (Roschdy Zem), the intellectual, introspective Abdelkader (Sami Bouajila) and the short, chirpy Saïd (played by Jamel Debbouze, one of France's most celebrated comedians) are the sons of a poor farmer in western Algeria. In 1925 a local landlord sells the family farm to a French settler and they are turfed out. The film then jumps forward to 1945 when, on VE Day, the celebrations in Paris are accompanied in the Algerian town of Sétif by a liberation march that explodes into violence resulting in the deaths of a couple of hundred Europeans and the massacre of several thousand Algerians, including the Souni boys' father.

The movie sets out to be even-handed in the apportioning of blame without trying to defend France's intransigence and the failure to recognise the humiliation and spiritual deprivation involved in colonialism. Bouchareb generally manages to keep sight of the larger political and human dimensions, and there is a beguiling performance by Jamel Debbouze as the realistic, resilient Saïd, who loves his brothers but distrusts the revolution and the ruthlessness it demands.


Outside the Law (Hors La Loi) 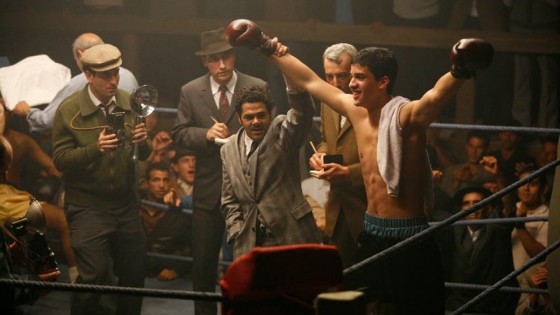