The film Little White Lies will now be shown at 8.15p.m. on Sunday 4 December, instead of the 30 November like previously scheduled.

Director: Guillaume Canet
France 2010
154 minutes
Cert: 16
Guillaume Canet has assembled an outstanding cast of some of France’s finest actors – headed by the incandescent, Academy Award®-winning Marion Cotillard – to make an entertaining and acutely observed drama of manners. A group gathering is hosted every year by a couple at their beautiful beach house where they kick-off their summer vacation by celebrating the birthday of one of the gang. Fun, fine wine and seafood mix with sun and sand as they all leave their city stresses and inhibitions behind.

But this year is different. One of them is badly injured in a serious motorcycle accident just as they are about to leave Paris for their seaside reunion. His friends flock to his bedside, where their unconscious pal is still alive but in intensive care. What to do? Stay in Paris to be by his side, or leave for their vacation having been assured that there is nothing they can do? By the time they return he should be conscious and up for visitors. After some intense discussion, they decide to head off for enjoyment and relaxation. Over the course of the next week, all the tensions within this group erupt into full daylight. Through a succession of incidents, the group is pulled apart and dragged together by their ties of loyalty and marriage. 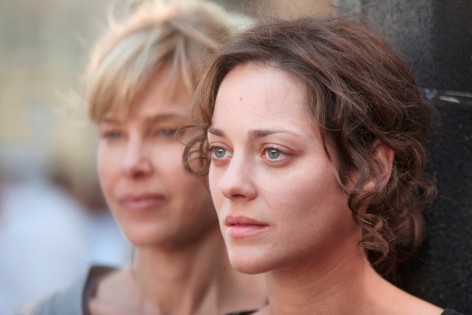