This film takes an individual court case and creates a damning critique of wider Indian society. An unassuming gentleman boards a bus which takes him to a rally, where he is transformed into the ’people’s poet’, singing songs denouncing racism, nationalism, the caste system and corruption. His performance is interrupted and he is arrested. What follows is a series of hearings which can be interrupted at any moment as witnesses fail to show up and the police wish to gather more evidence. All the while the accused remains in jail and the court is no longer a place where truth is discovered, but rather a form of punishment in itself. 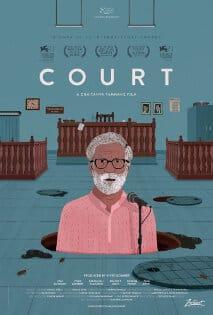