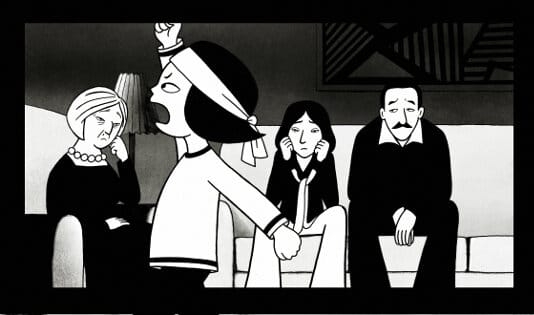 This animated film is based on Marjane Satrapi's graphic novel about her life in pre and post-revolutionary Iran and then in Europe. The film traces Satrapi's growth from child to rebellious, punk-loving teenager in Iran. In the background are the growing tensions of the political climate in Iran in the 70s and 80s, with members of her liberal-leaning family detained and then executed, and the background of the disastrous Iran/Iraq war. 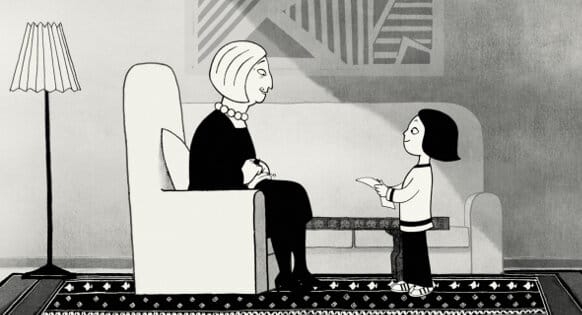 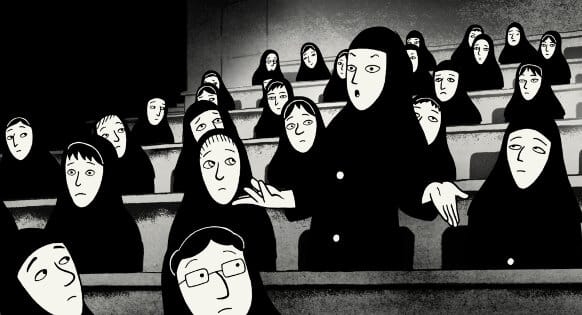 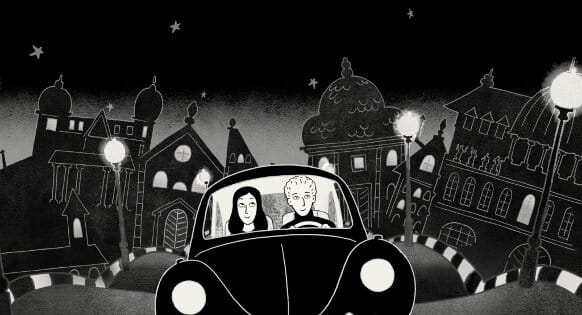