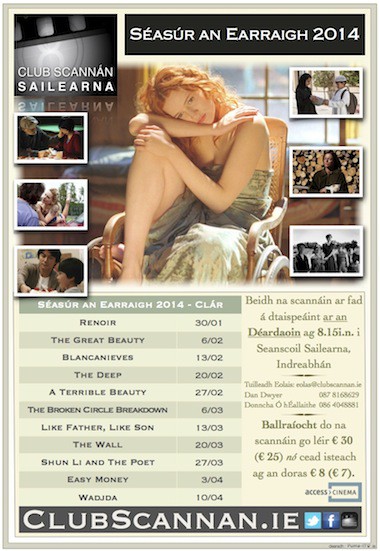 The Spring season of the best of World Cinema kicks off this year in Seanscoil Sailearna, on Thursday, 30th January with the Renoir film. A total of eleven films, picked from the best of new international releases, will be shown with subtitles on the big screen.

The season of films is organised by Club Scannán Sailearna, with the assistance of Access Cinema, the coordinating body for community based film clubs.