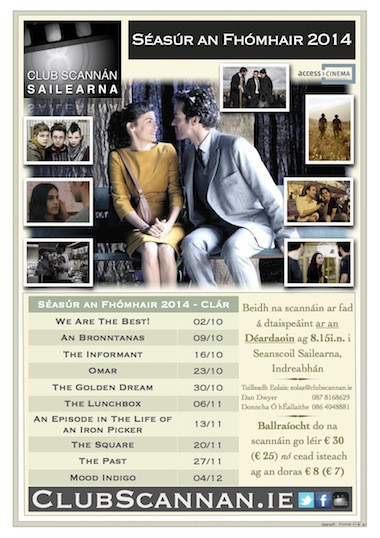 The Autumn season of the best of World Cinema kicks off this year in Seanscoil Sailearna, on Thursday, 2nd October with We Are The Best!
A total of ten films, picked from the best of new international releases, will be shown with subtitles on the big screen.