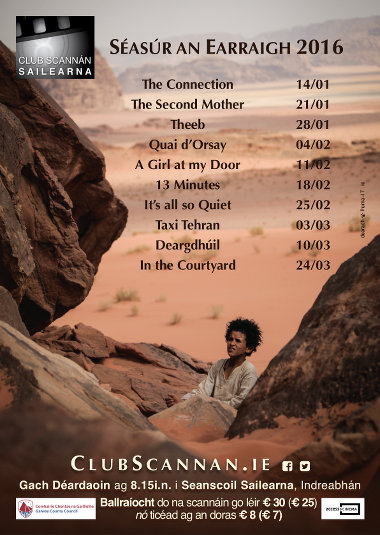 A new season of film will commence in Seanscoil Sailearna, Indreabhán on Thursday, the 14th January with The Connection.

Each Thursday evening, between now and March, a total of 10 films picked from the best of world cinema, from various countries in various languages, will be shown with English subtitles. Seanscoil Sailearna is a wonderful venue: big screen, tiered comfortable seating and great sound system.

The films scheduled for the Spring Season are listed below: