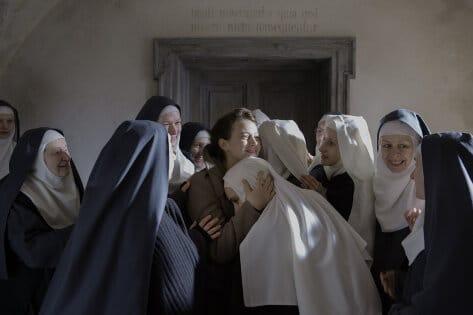 Set within the walls of a Polish convent in December 1945, just after the end of World War II, a holy retreat from surrounding horrors is revealed to be a savagely violated sanctuary awash in fear, trauma and shame. The central character, Mathilde is a young doctor caring for French soldiers in a Red Cross hospital. One day, a young nun appears and pleads with Mathilde to make an emergency visit to the convent to save the life of a sister who lies gravely ill. Mathilde slips away to the convent, to discover a pregnant novice in the throes of labour. She delivers the baby but is sworn to secrecy by the fearful Mother Abbess, who is terrified lest the news of a pregnant nun tarnish the convent’s reputation. Mathilde learns that several months earlier, Soviet soldiers occupying Poland stormed the convent and repeatedly raped the nuns, leaving many pregnant.

Based on real events, The Innocents explores how the atrocities test the sisters’ religious faith. The most compelling character is the severe Mother Abbess, who faces an excruciating unbearable choice between saving a baby’s life and risking disgrace, or abandoning the infant. 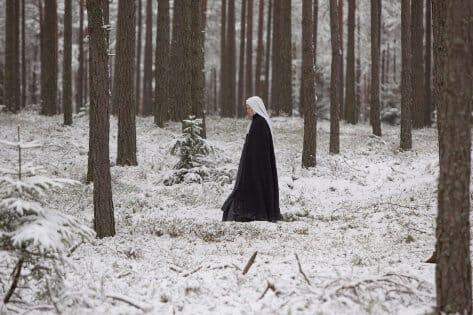