The Forgiveness of Blood

The Forgiveness of Blood 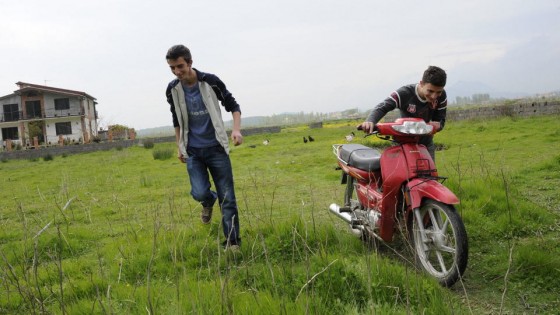 Director: Joshua Marston
Albania 2010
108 minutes
Cert: Club
This film is set in contemporary northern Albania, a place still troubled by the ancient custom of familial blood feuds and tells the story of a teenage brother and sister physically and emotionally trapped in a cycle of violence, a result of their father’s entanglement with a rival clan over a piece of land. Showing a world rarely seen on screen The Forgiveness of Blood is a tense and perceptive depiction of a place where tradition and progress coexist uneasily, as well as a dynamic coming-of-age drama. The film won the Silver Bear for Best Screenplay at the Berlin Film Festival.