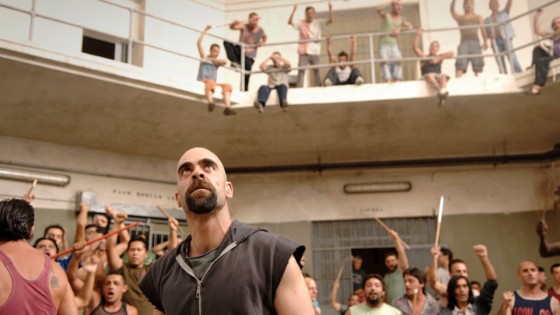 Director: Daniel Monzon
Spain 2009
112 minutes
Cert: Club
Cell 211 is a thriller about a man’s attempt to save his life by thinking quickly. It never explains. It simply sets out the situation and shows us what he does and what the results are. You might be surprised by how much more exciting this is than conventional action.

The film won eight Goya Awards, the Spanish Oscars. It deserves them. In addition to its effectiveness as a thriller, it is also a film showing a man in the agonizing process of changing his values. And it is a critique of a cruel penal system. It doesn’t preach, it doesn’t end with a message, but it makes us think.