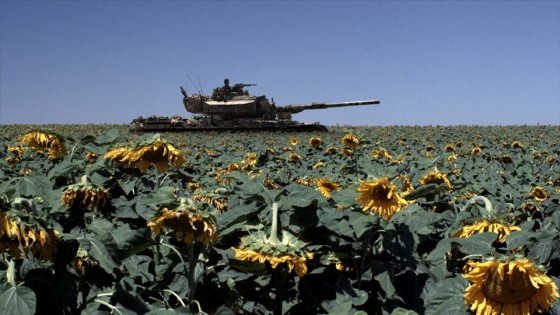 Director: Samuel Moaz
Germany / Israel / France / Lebanon 2009
93 minutes
Cert: 15A
The emotional traumas of young Israeli soldiers drafted into the war with Lebanon in the 1980s are recounted through the eyes of a tank crew in this wrenching concentration of raw emotion directed by Samuel Maoz.

Compared to Ari Folman's sophisticated animation-memory Waltz With Bashir, another autobiographical film that dealt with the same war, Lebanon takes a very different, experiential approach to describe the sheer horror of warfare, rather than its political background. At times it seems the film, which goes heavy on close-ups and dialogue to make the most of a low budget, could have been set during World War II.

The action is set entirely within the claustrophobic confines of an armored tank; the only views of the outside world are through the cross-hairs of the gun barrel. What comes through is a visceral horror described without letup or dramatic relief. Unforgettable.